Chief patrons of the Conference
Dr. Balázs FÜRJES, Government Commissioner for major developments in Budapest and for international sports events, Minister of State for the development of the Budapest and its agglomeration zone, Prime Minister’s Office
Dr. László MOSÓCZI, Minister of State for transport policy, Ministry of Innovation and Technology

InnoRail Budapest, a series of professional conferences for the railway industry is organized in Budapest once every second year. The conference was called into being by Hungarian professionals committed to rail transport with the objective of thinking together about the present of rail transport, in order to foster its future development.
We can truly state that this tradition-creating event achieved its objective and created a veritable forum for an exchange of views between different professional fields, for the discussion of practical issues and for presenting novel innovative developments, tools and methods.

Creation of a safe, modern and integrated railway network that can make rail transport more competitive remains one of the highest priorities of the European Union. Development of railway infrastructure is also progressing in Hungary at a rate not seen for a very long while before. We can witness a veritable generation change in track, train control systems and vehicles alike.
As increasing the utilization of railways entails additional tasks for rail professionals throughout Europe, further competitive development efforts are needed in our industry, an industry that is environment friendly, decreases the burden on public roads and offers the backbone of community transport. These objectives are supported by amounts of funds never seen before.
Our aim is to contribute to the effective use of these resources with the means available for an international, European railway conference.

Between 16-18 November 2021, we welcomed a total of 292 registered participants (68 from abroad and 224 from Hungary) at our conference in Budapest. The participants came from 22 countries. During the three days, a total of 68 high quality presentations were given, 34 by guest speakers and 34 by Hungarians.

As it can be seen from the numbers, due to the pandemic, the number of participants was lower than in case of our previous conferences – it were mostly our guests from other countries who had to abstain. As certain lockdown measures had already been put into effect in the days preceding the conference abroad and Hungary alike, we were especially happy that we could still hold the conference –  thus this string of events has not been broken and we could already conclude the fifth InnoRail conference.

We are looking forward to having you here in Budapest in 2023!

Sponsor of the 1st coffee break 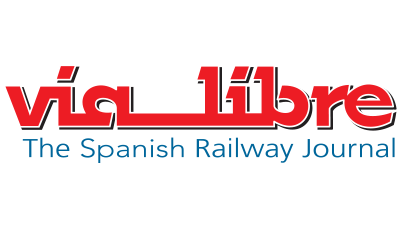